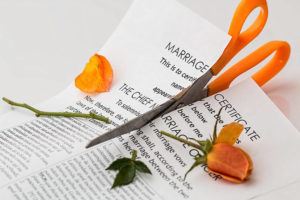 Sources confirmed Monday that Stormy Daniel’s husband filed for divorce from the adult film star, and questions arose about whether or not this divorce would impact her lawsuit against Donald Trump. Attorney Jim Mueller, speaking with Yahoo Entertainment, said that while the divorce may not impact Daniels’ lawsuit against Trump, the opposite may be true:

The fact that Glendon and Stormy married in 2015 and the alleged affair with Trump occurred years before in 2006, the Trump affair would likely be irrelevant to their current divorce. However, it certainly appears that Glendon believes Stormy was unfaithful during their marriage as well. As an attorney, one might try and argue that Stormy has a history or pattern of conduct that would support his allegations, such as her affair with Mr. Trump.

Stormy Daniels is suing Donald Trump to invalidate a nondisclosure agreement, which was signed prior to the 2016 election. Mueller doesn’t think this will impact her case against Trump.

I don’t believe that the temporary restraining order is going to damage Ms. Daniels’s case against Mr. Trump. The issues pertaining to the temporary restraining order appear to simply involve Mr. Crain, Ms. Daniels, and their daughter. The alleged infidelity, however, will likely be used in order to attack Ms. Daniels’ character for truthfulness. Character evidence often concerns a person’s moral qualities and adultery may be considered relevant to the issue of truthfulness for many judges.